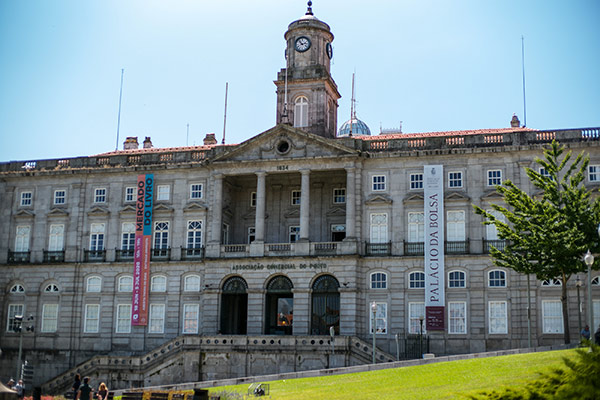 Palácio da Bolsa is a stock exchange palace that was built in the 19th century in Porto, Portugal. The city's commercial association was responsible for the construction of the building. Praca do Infante D. Henrique serves as the official location of the market. 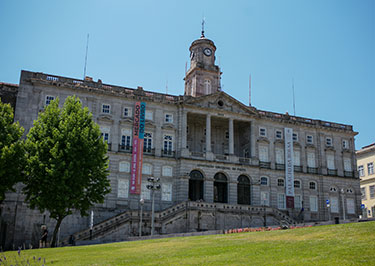 In the current time, the palace does not serve as a stock exchange market, but rather as the headquarters of the association. Today, it is the place where significant events such as official receptions are hosted.

The structure was constructed in 1842, over the ruins that belonged to the former St. Francis Convent, which was set ablaze in 1833 amid the civil war. Parto's carried out their business on the streets in the period between 1833 and 1842 since they had no building to carry out such activities.

British Neoclassical and Palladian are the main styles of the building. The interiors of Palácio da Bolsa are famous for their incredible artistic variety. You will learn that there are some paintings on the ceilings, paintings on the walls, sculptures, and many other exquisite decorations.

Rating: 9.29/10
Minimum deposit: €50
Description: Ready for shorting or going long? AvaTrade is a great site for that. Try now!
Risk warning: 71% of non-professional investors loose money when they trade through AvaTrade.
›› Read our review of AvaTrade›› Go to the AvaTrade homepage

Right inside the hall, you will see that there are many different national coats of arms professionally painted on the ceiling: England, Portugal, Italy, Brazil, Austria, and Russia.

Great names that belong to the late 19th and early 20th centuries Portuguese Arts collaborated in the decoration of this historic stock exchange market. These include titles such as Lopes Teixeira, Soares dos Reis, Marques da Silva, Henrique Medina, Antonio Emalho, and many others.

On the inside, your eyes will open to breath-taking artistic styles and dazzling decorative arts that are quite typical of Art Nouveau and several other movements.

The Roman Stock Exchange stands within a substantial ancient temple in which trading took place among ancient merchants. This is the place that served as the heart of all business transactions that took place in the region and its proximity. 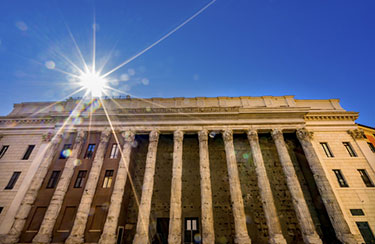 Under pope Innocent XII, who served between 1691 and 1700, the temple was subdivided into custom offices that were used by the pope to ensure that the individuals around the place received the best services. However, in the current time, the building is known to have housed one of the largest stock exchanges. At the time, it was run by Carlo Fontana, and his son Francesco.

It is quite unfortunate that at the time of this writing, the exchange market is no longer operational. But in its prime, it received merchants from many places that came to exchange their products for huge profits. However, at that time, money was not yet invented, so it was more of barter trade.

Today, many people think that the Roman Stock Exchange is a myth, and it is a notion that is making rounds. But we know that this market existed, and that is attracted traders from all corners within Europe. The structure is still available today, but the difference is that it does not serve as an exchange market.

Malmo Borshus, Malmo, Sweden, was the first exchange market to be seen in Sweden. For stock exchanges, people from different parts of the country came here to do business. Though most of the businessperson mainly took part in primitive stock exchanges, the market was seen as an excellent solution for those looking to do business in Sweden and make money.

It is important to note that this market does not currently exist. However, one of its importance is that it helped to stabilize the economy of Sweden, especially when they needed to encourage many individuals and companies to take part in stock exchanges.

Those who came to this place were mainly government officials and companies who played a central role in stabilizing the country's economy. However, things changed when the stock exchange was close, and people and organizations found modern ways of making money. Today, this place is being used for conferences.

It has always been said that Antwerp had the first stock exchange market in the world, Sans The Stock. At the time of construction of the market, Antwerp served as the commercial center of Belgium. It was also the home to the influential Van der Beurze family. This explains why the ancient stock exchange markets were referred to as Beurzen. 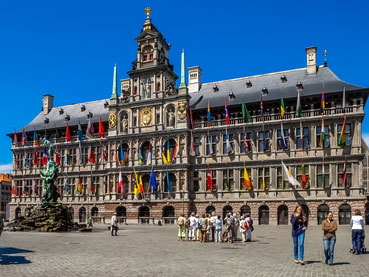 It is worth noting that most of the ancient stock exchange markets had one main thing missing, which was stock. Though they had institutions and structures that are more similar to the current ones, none was trading shares of any given company. It is even hard to know whether the companies at the time had similar structures as the current ones.

Brokers and moneylenders from different parts of the country could come to this place to do business and make money. They also went to this market to handle government and personal stock issues. It is almost impossible to think about a stock exchange that only dealt with bonds and promissory notes in the current time. Though numerous business-financier partnerships brought about income, not a single official share changed hands.

The investors who benefited from this market learned that putting all their eggs in a single basket was not a good idea. It was not a better idea to approach investment. They came up with a formula that yielded them much success. Within the same year, many similar charters were given to other businesses and organizations throughout Belgium, France, England, and the Netherlands. This open way and the Dutch East India Company officially became the 1st publicly traded company. This happened when it had released its shares to the company on the Amsterdam Stock Exchange.

Though it used to be one of the most important stock markets in the US, it is known as the NASDAQ OMX PHLX and is one of the oldest stock exchange markets the world has ever known. At the time of writing, the market is owned by Nasdaq Inc. It was founded in 1790 and started to operate in the same year. 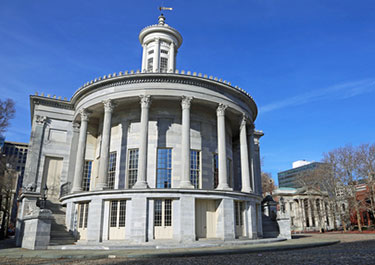 Luckily, unlike many other ancient stock markets, this one had never been closed, and it remains operational to date. However, it has had many titles within a span of 200 years. At the time of its founding, in 1790, the market was located in Merchants Coffee House, which is currently known as the City Tavern right at the corner of Second and Walnut Streets.

On June 20, 1857, there was zero business transacted by the Board of Brokers of Philadelphia since they held their dinner at the market on that day. They had this dinner on an annual basis to discuss various business matters that directly or indirectly affected them. On January 1, 1874, the Philadelphia board's cost was around $1000, with only 198 seats. However, the rest could not be attained with anything less than $2,000. The board, at that time, has a market capitalization of around $350,000.

In a nutshell, the company market has gone through numerous modifications and compared to what it used to be like at the time of its founding, there is a huge difference, including its location. For instance, in 1951, the market was officially moved to the Central Penn Bank Building that is located at 1401 Walnut Street. Unfortunately, it only stayed there until 1966, and it was then moved to a building that was then newly constructed. Therefore, it is accurate to mention that while it has not been closed despite having existed for more than 200 years, Philadelphia Exchange market is not even close to what it used to be in the 19th century. However, it still plays a vital role in both the government and individual companies.

Unfortunately, some of the most memorable historic stock markets have shut down. They have either been dissolved due to the power of time and inability to be maintained by the current governing bodies or changed cities for finance. However, the stock markets served essential roles in creating and maintaining some of the most impressive economies we see today. We hope that from reading this list, you learned important facts about ancient exchange markets and how they might differ from the ones we see today. Kindly do let us know in the comments if you have anything important to share.