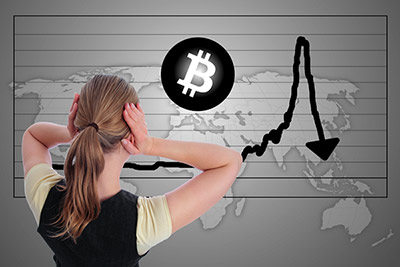 After steep declines for both Coinbase and Bitcoin, we decided to take in our technical analysis expert Stanko to show us a few key levels to keep track on from a technical perspective. Today alone, Bitcoin has been rising almost 17% – which makes people wonder if going long or short is the best strategy right now?

Bitcoin is recovering this Monday from another 3 day tumble, but it is still trading under $38000, or about 40% below its all-time high. Technically looking, Bitcoin is the main driver of the cryptocurrency market, and the price of most public cryptocurrencies has collapsed in a relatively short period. Many analysts agree that the case that China's crackdown on cryptocurrency is the central reason behind the collapse. If you are keen to get starting without reading any more – check out Kriptomat – one of our favourite sites for trading Bitcoin.

What has been driving the Bitcoin sell off?

Last week, the Chinese government issued a statement pledging to introduce tighter crypto regulations and curb the mining business in the country, which sent Bitcoin to monthly lows. Before this, the Bank of China announced that cryptocurrencies couldn't be used as a form of payment, while Elon Musk said that Tesla would stop accepting Bitcoin as a payment method over environmental concerns.

The price has stabilized now above $35000 support, but a break below this support would indicate that Bitcoin could probably test the $30000 support. It is very hard to measure the real fundamental value of this cryptocurrency and predict where Bitcoin's price will go in the long term; still, the risk of another decline is still not over.

“Bitcoin has been called an inflation hedge, its role isn't really understood in the market, and this risks to Bitcoin remain on the downside. Gold's place is better understood, and the yellow metal can offset capital losses on bonds when there's inflation,” said Alain Bokobza, head of global asset allocation at Societe Generale.

On the other side, some market experts expect to see new record highs for Bitcoin into the second half of 2021. The famous stock investor Bill Miller said that Bitcoin could reach new highs while it is also important to mention that famous investor Ray Dalio, also known as no-coiner, has recently invested in Bitcoin. Bitcoin still shows massive potential, especially if more companies decide to diversify some small portion of their cash balances in this cryptocurrency. If you like to trade bitcoin with leverage, check out Capital.com. The have flexible leverage, so you can trade either without leverage some days or with leverage other days. You can start really quick and simple with Capital and they got over 200 crypto currencies to enjoy.

Bitcoin has weakened from its record highs, and the risk of further declines is not over yet. Bitcoin is recovering this Monday, but we can expect that the price could again test a support level at $35000. According to technical analysis rules, a break below $35000 would indicate that Bitcoin could probably test the $30000 support. One of the easiest ways to buy or short Bitcoin is through a margin trading platform. Many brokers allow this type of trading, with margin trades allowing investors to “borrow” money from a broker to make a trade. It's important to remember that there may be a leverage factor that could either increase your profits or losses. It's not a good idea to hold a short position for long periods or to leave an open position with no stop-loss order.

The price of Bitcoin currently stands around $37475, and at this value, the total market cap of Bitcoin is around $701 billion. On this chart (the period from June 2020), I marked current support and resistance levels to help traders understand where the price could move. The more often price tests a level of resistance or support without breaking it, the stronger the resistance or support area is. When the price passes through the resistance, that resistance could potentially become support. Bitcoin has entered a “bearish phase “; still, if the price advances again above $40 000, the next resistance could be located around $45000. The current support level is $35000, and if the price breaks this level, it would be a “SELL” signal, and we have the open way to $30000. If the price drops below $30000, which represents very strong support, the next target could be located around $25000 or even $20000.

Bitcoin is recovering this Monday from another tumble, but it is still trading under $38000, or about 40% below its all-time high. Many analysts agree that China's crackdown on cryptocurrency is the central reason behind the collapse. It is very hard to measure the real fundamental value of this cryptocurrency and predict where Bitcoin's price will go in the long term; still, the risk of another decline is still not over. Bitcoin has entered a “bearish phase, “and if the price drops below $30000, which represents very strong support, the next target could be located around $25000 or even $20000. However, if Bitcoin breaks up above $40 000 then $45 000 is the next main resistance. So keep track on the news and technical levels and check out Bitcoin right now.

Rating: 9.33/10
Minimum deposit: $200
Description: The best site for people from U.S and Canada that like trade Bitcoin. Try eToro today!
Risk warning: –
›› Read our review of Etoro US›› Go to the Etoro US homepage