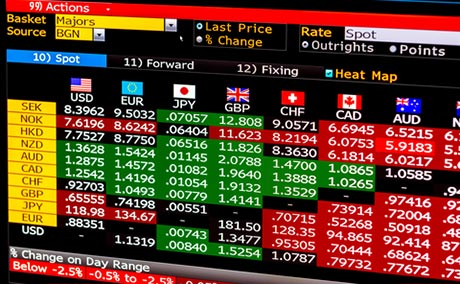 In this post, we will talk about the latest important news on the currency market and about short selling candidates. The US Federal Reserve left interest rates on hold and the market continues to dump the US dollar. The Federal Reserve announced that it will continue to buy treasuries and mortgage-backed securities “at least at the current pace” over the coming months. The Federal  Reserve is ready to use its full range of tools to support the US economy and interest rates will remain at current levels until 2022. On the other side, EUR is finding support in economic reopenings, as coronavirus-related numbers continue to decrease. It is also important to mention that the EU published the final version of the Q1 GDP which was slightly better than initially estimated. The EUR/USD is advancing and this currency pair reached its fresh multi-month highs above the 1.1400 level. Ready to try currency trading? Go short with Skilling now!

The USD/CHF currency pair is considered to a safe haven pair due to its stability and neutral character of Switzerland and is a reserve currency used by markets worldwide. The US dollar remained under strong selling pressure against its high-yielding rivals but managed to stay „neutral-bearish“ against those considered safe havens. This Thursday, the US will publish the May Producer Price Index, seen at -1.2% YoY, and US Initial Jobless Claims for the week ended June 5, seen at 1.55 million. The USD/CHF pair needs to fall below 0.9400 level to extend moves lower and according to the fundamental analysis and current market sentiment, the direction for USD/CHF remains „bearish“.

The USD/JPY is trading below 107.00 level as the US dollar came under selling pressure after the US Federal Reserve monetary policy announcement. It is also important to mention that the US Treasury yields extended their declines, with the yield on the 10-year note returning to its April/May levels. On the other side, Japanese data continues to indicate a profound economic recession but the main direction for this currency pair remains “bearish”.

On this chart (the period from March 2020), I marked major support levels that can help traders to understand where the price could move. The current support level is 106.50 and if the price breaks this level it would be a “SELL” signal and we have the open way to 106.00. If the price breaks 106.00 which represents very strong support, the next target could be located around 105.00.

The USD/CAD pair weakened to a three-month low this week as investors bet that a lengthy period of loose monetary policy from the Federal Reserve could be supportive of commodity-linked currencies. The US Federal Reserve left the federal funds target rate unchanged at 0%-0.25% range, although economic projections indicated that policymakers see rates steady through the next two years. The Federal Reserve projected a 6.5% decline in gross domestic product this year and a 9.3% unemployment rate at year's end. The US Dollar vs. the Canadian Dollar is a very popular currency pair due to the extremely large amount of cross border trading that occurs between the U.S. and Canada. Canada heavily depends on exports to the US and political concerns also represent the negative sentiment for Canadian Dollar. Canada and the United States are set to extend a ban on non-essential travel to late July as both countries seek to control the spread of the coronavirus.

Rating: 9.57/10
Minimum deposit: €100
Description: Ready to short any currency, or go long for that matter? Skilling is your best site. A transparent and professional currency broker. Try now!
Risk warning: 69% of retail CFD accounts lose money.
›› Read our review of Skilling›› Go to the Skilling homepage