Registered at the short selling broker Kriptomat, 5 minutes ago.

Below you can find the most recent news posts about Canopy Growth Corporation, primarily from US and UK based news sources. Canopy Growth to buy Supreme Cannabis for $256.85 million as pot demand lights up The Bull And Bear Case For Canopy Growth's Stock

Wednesday, 7 April 2021, 01:27:24
Canopy Growth Corporation's (NASDAQ: CGC ) stock is down 45% from its 30-month high of $56.50 made on Feb. 10. Before Feb. 10 the stock had not traded above $53 since October of 2018 when Canada made the move to legalize and regulate the consumption and sale of recreational cannabis. Since then, Canopy Growth has been a frustrating stock for marijuana sector bulls. After President Joe Biden was sworn into office, positive sentiment returned to pot stocks. Traders and investors hope the new administration will move quickly to pass federal cannabis reform measures such as the SAFE Banking Act , which is currently before the U.S. Senate. The Canopy Growth Chart: There is both a bull case and a bear case for … Full story available on Benzinga.com
— Benzinga

Rating: 9.57/10
Minimum deposit: €250 by bank
Description: Capital.com offer a large number of stocks for trading. Register an account today and check if they have CGC available or trade one of the many other CFD stocks they have.
Risk warning: 71.2% of retail investor accounts lose money when trading CFDs with Capital.
›› Read our review of Capital›› Go to the Capital homepage

Capital
Trade Canopy Growth Corporation at Capital ››We have confirmed that the instrument WEEDCA is available with this broker.
›› TRADE cgc NOW
›› CAPITAL review
Trade other stocks 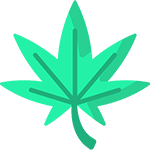 Look at Weed, Lack of Greed
Friday, 29 May 2020 14:06
Now, there are mostly one type of traders around for Canopy Growth Corp. Yes, we are talking about short sellers that seems to love this stock right now. The absence of greed for weed is obvious, and many predict that part of the market is overvalued. The volume for Canopy Growth is really high, already after less than 1 hour trading and the share price is down almost 19%. Keep track on the CGC shares to see how much down or up they are going today. Alternatively, if you like to trade cannabis on the stock market, try some blends from the new Markets website.
CGC

Do you have any questions about Canopy Growth Corp.?
Do just like hundreds before you have.
Do not hesitate to get in touch with us via our livechat. We try to reply to your questions as soon as possible. But if we unable to help you, we are happy to send you an email with more details afterwards.