Below you can find the most recent news posts about Snap Inc – Class A, primarily from US and UK based news sources. Sunday, 9 May 2021, 07:45:10
Criminals have been using social media – from dating sites to local community groups – to find, threaten and control people in debt Local WhatsApp groups have been one of the silver linings of the pandemic, creating community ties and support networks. Yet loan sharks are increasingly using these groups to extort money from their victims , according to England’s Illegal Money Lending Team (IMLT), an organisation that prosecutes illegal lenders and supports victims. Such lenders are also targeting their victims online – the IMLT’s 2020 victim statistics report shows that one in 10 victims met the loan shark via social media platforms such as WhatsApp, Snapchat and Facebook, or through dating websites. Criminals are also creating their own WhatsApp and Facebook groups that appear to be for local communities but are actually ways to maintain control over their victims, according to Tony Quigley, the head of the IMLT. “It looks like a local community group,” he said. “They will say ‘come and join the group’, ‘see what’s going on’.
— The Guardian Wednesday, 5 May 2021, 22:27:53
Popular with millennials and Gen Z users, Snap Inc's (NYSE: SNAP ) Snapchat is pushing further into its original programming to better monetize its large user base. What Happened: At a presentation for advertisers on Wednesday, Snap Inc highlighted its upcoming slate of original programming. “Off Thee Leash With Megan Thee Stallion” features the Grammy-winning artist with celebrity friends and their pets. “Charli vs. Dixie” is a competition show that puts the popular D’Amelio sisters against each other. The pair rose to fame on TikTok and are among the most-followed people on social media. Other shows include: “Meme Mom,” about Snapchat favorite NicoleTV, following her life as a mother and having a career; “Twinning Out,” which shows Niki and Gabi DeMartino navigating difficult decisions in life; “Coming Out,” which features six young people coming out to their family and friends … Full story available on Benzinga.com
— Benzinga Snap will face lawsuit stemming from a deadly crash after all

Wednesday, 5 May 2021, 16:30:12
The Ninth U.S. Circuit Court of Appeals has ruled that Snap Inc (NYSE:SNAP) must face a lawsuit in connection with a car accident that resulted in the deaths of three teenagers. The court ruled that Snapchat encouraged unsafe driving through a feature that allows users to share videos or photos that show their speed. Q1 […] The post Snap will face lawsuit stemming from a deadly crash after all appeared first on ValueWalk .
— ValueWalk Wednesday, 5 May 2021, 14:09:12
Snapchat and VMLY&R have joined forces to encourage Gen Z users to vote in the U.K. local council elections on May 6. The partnership created “Speech to Street,” which features a Snapchat AR Lens acting as a political platform for users. The feature was developed as the winning entry of last year's Snapchat Creative Council…
— Adweek The Dogecoin Joke Is Turning Serious in Latest Crypto Binge

Wednesday, 5 May 2021, 13:06:17
(Bloomberg) — For anyone who still thinks Dogecoin is a joke, there are 90 billion reasons that say it’s not.That’s how much the digital token is now worth in dollar terms after another 40% gain in the 24 hours through Wednesday. Useless or not, the coin has been swept up in the crypto mania that’s gripped markets awash in central bank largesse. It’s the latest milestone in a year of speculative excesses for a market Nouriel Roubini once described as “the mother of all bubbles.”While in the past, trillions of dollars in stimulus by governments and central banks might have triggered a rush into gold for the inflation-wary and risky stocks for the intrepid, a deluge of cash this time round is flooding into the nascent crypto market. Few illustrate this better than Dogecoin, an essentially useless cryptocurrency that’s become the destination for a horde of day traders egged on by Internet buzz and a self-propelling buying frenzy.Also read: Should You Buy Dogecoin and How Is It Different From Bitcoin? “At some point, something is just real,” said Sam Bankman-Fried, the Hong Kong-based chief executive officer of the FTX crypto exchange. “If Dogecoin is stupid and valueless, it shouldn’t be worth $90 billion.
— Yahoo Finance

Rating: 9.57/10
Minimum deposit: €250 by bank
Description: Capital.com offer a large number of stocks for trading. Register an account today and check if they have SNAP available or trade one of the many other CFD stocks they have.
Risk warning: 71.2% of retail investor accounts lose money when trading CFDs with Capital.
Trade Snap at Capital ›››› Read our review of Capital›› Go to the Capital homepage

AvaTrade
Trade Snap Inc at AvaTrade We have confirmed that the instrument #SNAPCHAT is available from NYSE with this broker. With a spread of 0.13% and 5:1 retail leverage.
›› TRADE snap NOW
›› AVATRADE review

Skilling
Trade Snapchat Inc CFD at Skilling ››We have confirmed that the instrument SNAP.US is available with this broker.
›› TRADE snap NOW
›› SKILLING review

Capital
Trade Snap at Capital ››We have confirmed that the instrument SNAP is available with this broker.
›› TRADE snap NOW
›› CAPITAL review
Trade other stocks

Snap Stocks reveal serious issues within the company
Wednesday, 3 June 2020 23:35
In recent news, SNAP shares gained close to 11 per cent in stock value over the last month. This is a great achievement for a company that often gets overshadowed by industry giants like Facebook and Twitter's shares. SNAP reported a stellar first quarter of 2020 report with a record of 36.7 per cent gain. This is the best performance that the company has displayed in the past two years. The report shows that the social media firm is on the verge of generating positive free cash flow for the first time since it was established. On the downside, the numbers indicate a slow down in the advertising revenue. The advertising revenue is headed towards stagnation in the next half of the year. This poses a great threat to the success of the company. It also makes SNAP the riskiest stock option in the social media criteria at the moment. The only way that the company will move from that position will be if strategic changes are made from within. Without the changes, the stock is likely to continue to lose value in the coming months. Snap shares closed down 0.1% in Wednesday's trading session.
SNAP 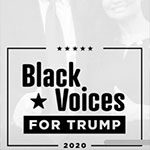 Snapchat stops promoting Trump
Wednesday, 3 June 2020 18:48
Snapchat, the most popular social media site among younger users, stopped promoting Trump's account on their "discover feature" according to CNBC. The least war mongering American president in decades still gets in trouble for violence, even if Trump didn't get impeached. According to the 29 year old CEO Evan Spiegel, Snap "simply cannot promote accounts in America that are linked to people who incite racial violence". That is regardless if that's done on Snap or some other social media plattform. Snap Inc shares (SNAP) are trading down 3% after the announcement. Currently, 17% of all shares in Snap are owned by short sellers. Still wanna follow Donald? Go to @realdonaldtrump at Snapchat and see his recent highlights about black voices for Trump. Alternatively, use the Trump lens to enhance your recent snaps.

Evan Spiegel, CEO of Snapchat, calls for reparations and a commission on racial inequality similar to the one in South Africa after the end of apartheid.

Do you have any questions about Snap, Inc.?
Do just like hundreds before you have.
Do not hesitate to get in touch with us via our livechat. We try to reply to your questions as soon as possible. But if we unable to help you, we are happy to send you an email with more details afterwards.