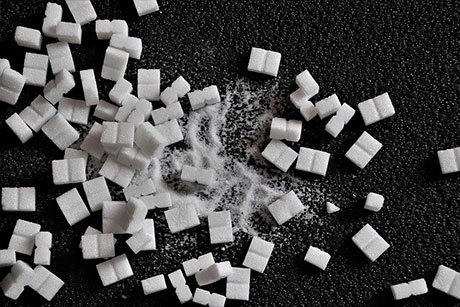 Oil and sugar are two of the most traded commodities in the world and are used by both industries and households every day. However, both crude and brent oils volatility tends to be much higher than that of sugar with wild variations while sugar prices are relatively stable. We discuss the factors that affect the prices of the two commodities as a way of explaining the differences in volatility.

Consumption outlook
Consumption outlook relates to the global trends for sugar demand. Sugar has experienced a steady rise in demand over the past decades. However, the growth in demand has slowed in recent years though analysts project an upward trajectory in the long run driven by rising demand from developing countries in Asia and South America.

Global stocks
Sugar inventory is the amount of sugar stocks available in warehouses around the world. Unlike other commodities that can be left in the ground, all sugar produce must be harvested meaning that high stock levels can lead to an oversupply. High stocks and low demand mean that the price will go down while the converse is also true.

Weather predictions in producing countries
Sugar is an agricultural commodity that is subject to the caprices of weather. For instance, drought during the growing period in Brazil causes low production while wet weather during harvesting may cause loss of produce. Consequently, analysts follow weather trends in major producing companies to predict future stock levels.

Government policy
Governments around the world have laws and policies that affect sugar price. Some countries impose laws that limit consumption while others place import quotas. Meanwhile, subsidies in producing countries result in more sugar in the market than would be the case in a free market. These regulatory factors have a direct impact on the price of sugar.

Currency inflation
Since Brazil is the largest sugar producer in the world, contributing around 40% of the global output, a drop in the value of its currency induces Brazilian farmers to increase production and benefit from the high export prices. This may result in oversupply leading to a decline in global sugar prices while the converse is also true.

Surprisingly, macro events such as the rate of inflation in the US affect the price of sugar. This is because the prices of most commodities fall when the US dollar strengthens. A drop in the value of the dollar relative to other currencies means that consumers around the world will spend less on sugar. A reduction in the price of sugar causes a rise in demand.

Demand for substitutes
Since some of the sugar is converted into ethanol, its prices also affect the price of sugar. Ethanol is an alternative to gasoline, meaning that a drop in oil prices leads to slump in the price of ethanol and reduced demand for sugar. In particular, reduced conversion to ethanol leads to an oversupply of sugar in the global market.

In recent decades, manufacturers around the world have invented alternative sweeteners including chemicals such as aspartame and saccharin that replace sugar in food processing. Similarly, US firms use corn syrup as a replacement for sugar. The increased adoption of substitutes may cause the demand for sugar to reduce.

What drives the prices for oil?

Demand
The price of Brent oil depends on the demand in transportation, power generation, and applications in various industries such as plastics and bitumen production. Economic growth around the world directly impacts the demand for oil. Consequently, projections of high economic growth results in a rise in the price of Brent oil as speculators anticipate higher demand.

Oil cartels
Oil prices are dependent on the policies of major oil producers that operate under the auspices of the OPEC. OPEC controls 40% of the global oil supply and adjusts oil production periodically in response to the prevailing conditions on the global market. Even though members often defy agreements, OPEC actions influence market sentiments leading to price hikes after interventions.

However, most analysts base their predictions on Saudi Arabia’s decisions because its actions have the highest impact on global oil prices. Generally, cartels affect the spot price but cannot control long term trends unless they are backed by the marginal producer.

Non-OPEC producers
Sometimes non-OPEC producers may affect the market in a way that distorts the prices set by the cartel. These producers often follow free market mechanisms by producing all the amounts that are technically and economically feasible at a particular price. Some of the producers that analysts watch include Shale Oil, North Sea oil producers in the US, and production by non-OPEC countries.

Weather conditions
Weather affects both supply and demand side of oils volatility. Extreme weather may cause oil rigs and transport systems to shut down or cause damages that disrupt supply. Meanwhile, extremely cold temperatures in the northern hemisphere prevent switching off of pipelines making it hard for producers like Russia to support OPEC policies.

On the demand side, prolonged periods of very hot or cold temperatures increase the demand for crude used for heating and cooling homes. For instance, Saudi Arabia increases oil consumption for power generation in hot summers because residents use more electricity to cool their homes. Similarly, European countries increase demand for oil during cold winters.

Geopolitics
Most spikes in global oil prices occur when there is a conflict affecting major oil producers. For instance, there were major spikes on the price chart during the Iran Revolution, the Gulf War of 1991, the US invasion of Iraq, and the Arab Spring. The price trend during such conflicts depends on analyst speculation of how the conflict will affect supply.

Strategic reserves
Strategic reserves are huge oil stocks that countries maintain to offset demand spikes during major disruptions. The US Strategic Petroleum Reserve is the largest in the world and prevented price escalation during Hurricane Katrina and war in Libya.

Speculators
Since oil is the most traded commodity in the world, its market price is more prone to speculative activity than those of other commodities. When speculative sentiment slants toward low demand, oil prices decrease drastically while the converse is true.

Comparing oil and sugar volatility
Crude oil experiences higher daily, monthly and yearly volatility than sugar. This is because the price of crude oil is more sensitive to supply, demand, and inventory changes than sugar. It is also more sensitive to projections of future economic growth than sugar. The monthly volatility in the price of Brent oil hovers around 27% but can rise to 45% during turbulent times while that of sugar is in the range of 2-3%. For instance, the price of Brent oil experienced more volatility during the 2007/9 financial crisis than most other commodities due to a sharp fall in the demand for oil and other petroleum products. Oil price volatility was also high during major geopolitical events in the Middle East due to expected disruptions in supply. In contrast, sugar prices are relatively stable even when major producers like Brazil experience poor harvests.

Where can you trade sugar?
Capital.com offers CFDs for US sugar No 5 Spot and US Sugar No 11 Spot with a 0% commission. They have a sleek site that is easy to navigate and provide regular updates on commodity prices from over 2000 markets. They are regulated by the CySEC and the Financial Conduct Authority. Plus500 offers CFD trading for Sugar No.11. with 10% margins and 0% commissions. Their site is also organised but not as sleek as Capital.com. However, they offer clear notice of all the risks involved in trading CFDs so that users can make informed decisions. AvaTrade boasts a trading license on five continents though it does not operate in the US. It offers CFD trading for Sugar No. 11 with a retail margin of 10% and a pro margin of 3%.

Where can you trade oil?
Skilling Trading offers CFDs for Brent oil and WTI oil with an average spread of 5pips. They have a very intuitive site that is easy to use. They use a dynamic leverage system that depends on the user’s trading position.
Ns Broker offers CFDs for crude oil with low spreads. Their site is easy to navigate and offers valuable tips on how to trade in different commodities.

Currency
Country
kr SEK
Swedish
GBP
United Kingdom
$ USD
United States
EURO
Europe
JPY
Japan
C$ CAD
Canada
More currencies
We use cookies to ensure that we give you the best experience on our website. If you continue to navigate the site you are accepting the terms and conditions as well as the cookie policy.I acceptPrivacy policy