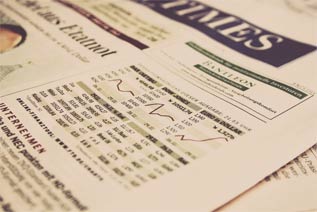 Never before has the US stock market been at current levels, and still – a recession is in sight for next year. Many people think it's because of Trump and his trade policies, while others think what he is doing is necessary. In either case, the world economy has been going tremendously well for over a decade and it might very soon be time for a turn-around. Are you ready to go short when Trump is killing the stock market?

Index to measure short selling opportunities
Financial Times report that the new Volfefe index, created by JPMorgan, is measuring the impact of tweets from the American president. According to JPMorgan, Trump is able to shake up the stock markets more than any other president in modern history. Especially the volatility seems to be an issue, so trading VIX (CBOE Volatility Index) might be a preferred option for many short sellers in the current market. When the volatility goes down too much, remember that Donald Trump is still the president and will likely shake up the market sooner or later.

However, the amount of likes and retweets that Trump gets have a poor correlation with the volatility in financial markets, it seems. Perhaps it's better to look at real economic data in order to get better signals.

Things Trump do that effects the stock markets
+ He is the first president in a very long time that tries to influence FED's decisions. However, when the FED don't listen to Trump it can also be seen as a warning flag.
+ Another reason why it might be a sellers market are the relations with other European and Asian countries. In fact, not many countries have improved the relations with America since Trump came to power. A particular annoying factor is that many travellers totally avoid America since Trump became president. The tourism to US is definitely going down and will likely contribute to lower profits for hotels in America.

What Trump should take into consideration is that a negative stock market or the short sellers dream, gives him less likeliness to be re-elected in the upcoming US Election. Even Bloomberg now confirm that Trump is bad for the stock market, but is it really only his fault? We don't think so but just think you should always be careful with the stock market, regardless if Trump is around or not.