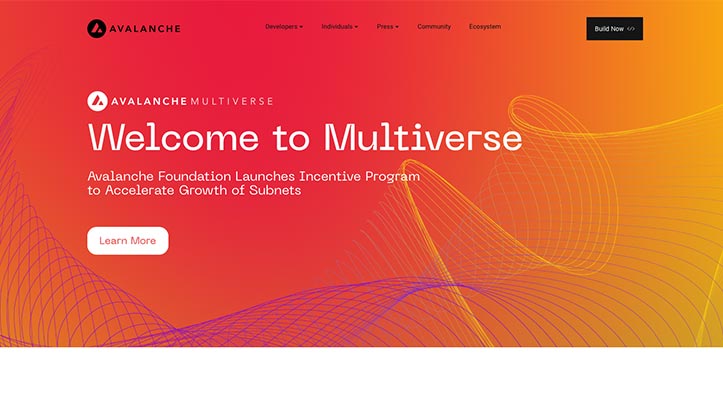 This post will talk about support levels and resistance for Chainlink (LINK) and Avalanche (AVAX). Where could the price of these two cryptocurrencies move in the upcoming period?

The prices of most public cryptocurrencies are declining this trading week, and the uncertainty of potential outcomes between Ukraine and Russia continues to worry investors, along with inflation and interest rate increase worries. On the other side, Russia reported that it is considering accepting Bitcoin for the exports of its natural resources, which gave a boost for the whole cryptocurrency market.

“When it comes to our ‘friendly' countries, like China or Turkey, which don't pressure us, then we have been offering them for a while to switch payments to national currencies, like rubles and yuan. With Turkey, it can be lira and rubles, so there can be a variety of currencies, and that's standard practice. If they want Bitcoin, we will trade in bitcoin.”

Bitcoin has declined below $39 500 this Monday, and Larry Fink, the world's largest asset firm BlackRock CEO, said that the ongoing conflict between Ukraine and Russia could spark massive crypto adoption.

The cryptocurrency market is easily affected by unpredictable events, and most traders are now taking advantage of the current jump. The prices of Chainlink and Avalanche are also in correlation with Bitcoin, and if the price of Bitcoin continue to stay below the $40 000 support, we can see new lows for Chainlink and Avalanche. Do you want to go long or short in those cryptocurrencies? One of the best sites for trading cryptocurrency is called Stormgain (review). You can get started from only €100 / 100 USD with this crypto website. Try Stormgain now!

Rating: 9.29/10
Minimum deposit: €100
Description: A user friendly website with great leverage opportunities for both going long or short. Give Stormgain a try today!
Risk warning: There is no percentage of traders loosing on crypto platforms.
›› Read our review of StormGain›› Go to the StormGain homepage

Technical analysis of Chainlink (LINK)
ChainLink is a decentralized oracle network that provides real-world data to smart contracts on the blockchain. This network is used by many developers, researchers, and users with the security and reliability guarantees inherent to blockchain technology. Chainlink (LINK) is declining this trading week, and for now, everything indicates that we could see even lower prices. The price of Link currently stands around $13.18, and at this value, the total market cap of Chainlink is around $6.1 billion.

Technical analysis of Avalanche (AVAX)
Avalanche is one of the fastest smart contracts platforms in the blockchain industry that allows you to build decentralized applications. It can process more than 4,000 transactions per second, and according to its official website, it has the most validators securing its activity of any proof-of-stake protocol. Avalanche is fully compatible with Ethereum, and it is important to mention that Coinbase Cloud has announced this week the launch of a suite of blockchain solutions and services for the growing Avalanche ecosystem.

Coinbase Cloud revealed running a public validator on Avalanche that enables delegators to stake their AVAX tokens. They contribute to the growth and security of the network by verifying transactions, participating in consensus, and adding blocks. Joe Lallouz, head of product at Coinbase Cloud, said:

“We couldn't be more excited to work with the Avalanche team to empower builders and participants. Avalanche is contributing to building a more vibrant and accessible Web3 economy, and we are looking forward to working with them to help the network grow and scale.”

On this chart, I marked current support and resistance levels to help traders understand where the price could move. The more often price tests a level of resistance or support without breaking it, the stronger the resistance or support area is. Avalanche (AVAX) has been declining since the beginning of April, and if the price decline below $70, the next support level could be located around $60. The strong support level is $70, and if the price breaks this level, it would be a clear “SELL” signal, and we have the open way to $60. When writing this post for Short Selling SL, AVAX stands at $70.34.

Conclusion
The prices of most public cryptocurrencies are declining this trading week after increased inflation worries, potential interest rate increases and the ongoing war in Ukraine. Vladimir Putin said that Russia would stop accepting any other form of currency from its ‘unfriendly' nations, while Larry Fink, the CEO of the world's largest asset firm BlackRock, said that the ongoing conflict between Ukraine and Russia could spark massive crypto adoption. The prices of Chainlink and Avalanche are also in correlation with Bitcoin, and if the price of Bitcoin continue to stay below the $40 000 support, we can see new lows for Chainlink and Avalanche.