Registered at the short selling broker NS Broker, 3 minutes ago.

Below you can find the most recent news posts about Amazon.com Inc., primarily from US and UK based news sources.

Saturday, 3 December 2022, 15:00:55
It’s been a tough year for the stock market, especially for the tech sector. As of this writing, the tech-heavy NASDAQ is down 27% year-to-date. I should also add that tech has been shrinking as a percentage of the S&P 500 this year due to problems at Amazon.com ( AMZN ), Alphabet ( GOOGL ), Meta Platforms, Inc. ( META ) and Microsoft Corp. ( MSFT ). And not one of these companies has posted gains over the past year. Now, you should know this isn’t the first time this has happened in tech. In the late 90s, the market had a bubble burst and literally 54% of the S&P 500 was in less than 10 tech stocks at the time. The tail of the S&P then did better than the top end for seven years. Currently the tech sector is facing many challenges, due in large part to the trajectory of the industry during the pandemic. Companies across the tech industry are now having to cut costs and institute hiring freezes. They’ve also had to reduce their workforce. Large companies like Cisco Systems ( CSCO ), Amazon and Twitter, Inc. ( TWTR ) have had to make layoffs that totaled nearly 29,000 workers in the past three months.
— InvestorPlace It’s not just Elon Musk. Tech CEOs everywhere are quietly asking their employees to step it up or risk getting fired.

Saturday, 3 December 2022, 11:15:00
Tech CEOs are turning up the heat, even if it”s not as blatantly “hardcore” as Elon Musk”s verbiage. Major tech CEOs have been asking employees to step up throughout this year”s stingier economy. Employees at Google, Amazon and others have all been asked to work harder or risk their jobs. Elon Musk has been cranking up the intensity at Twitter since taking over. Per Musk, there”s a new “extremely hardcore” vision, “dense and intense” office structure, and an “arduous” road ahead — and employees need to be on board or leave the building. Although other tech CEOs have not issued edicts as aggressive as Musk”s, this year”s economic downturn prompted leaders across the tech industry to tell workers they”ll need to work harder, albeit couched in more diplomatic language. If their language wasn”t as belligerent as Elon”s, the message was still similar: people would be expected to step up or find somewhere else to work. At Meta, ”there are probably a bunch of people at the company who shouldn”t be her” Facebook CEO Mark Zuckerberg told staff in early July that he would dial up the intensity of employee performance goals. “Realistically, there are probably a bunch of people at the company who shouldn”t be here,” Zuckerberg reportedly said . “And part of my hope by raising expectations and having more aggressive goals, and just kind of turning up the heat a little bit, is that I think some of you might just say that this place isn”t for you.
— Business Insider Nederlands Rating: 9.57/10
Minimum deposit: €250 by bank
Description: Capital.com offer a large number of stocks for trading. Register an account today and check if they have AMZN available or trade one of the many other CFD stocks they have.
Risk warning: 67.7% of retail investor accounts lose money when trading CFDs with Capital.
Trade Amazon.com Inc at Capital ›››› Read our review of Capital›› Go to the Capital homepage

Skilling
Trade Amazon.com CFD at Skilling ››We have confirmed that the instrument AMZN.US is available with this broker.
›› TRADE amzn NOW
›› SKILLING review

Capital
Trade Amazon.com Inc at Capital ››We have confirmed that the instrument AMZN is available with this broker.
›› TRADE amzn NOW
›› CAPITAL review
Trade other stocks

Amazon offer permanent jobs to 70% of temp employees
Tuesday, 2 June 2020 17:50
Following the increased unemployment rates as a result of the Covid-19 pandemic, Amazon. Com Inc intends on offering permanent employment opportunities to around 70% of the workforce in the USA that it had hired temporarily. The company has hired temporary employees to help meet customer demand during the pandemic. In June, the company will start sharing the news with more than 125 000 warehouse workers that they get to keep their current jobs permanently. Amazon shares is trading at $2466 (-0.2%) on 2nd of June, 2020. The remaining 30% of the recently employed temporary workers will maintain seasonal contracts that are expected to last up to 11 months, according to the official Amazon Inc. spokeswoman. This move signifies the fact that the sales on Amazon have increased sufficiently hence allowing them to increase their workforce...
Read the full newsflash
AMZN

Do you have any questions about Amazon.com, Inc.?
Do just like hundreds before you have.
Do not hesitate to get in touch with us via our livechat. We try to reply to your questions as soon as possible. But if we unable to help you, we are happy to send you an email with more details afterwards. 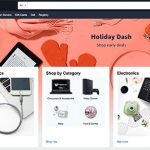 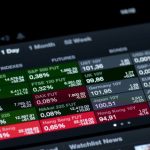 5 Short Selling Candidates Worth Looking Into
3 year(s) ago
Latest news
We use cookies to ensure that we give you the best experience on our website. If you continue to use this site we will assume that you are happy with it.Ok