Registered at the short selling broker Prime XBT, 3 minutes ago.

Below you can find the most recent news posts about Twitter Inc, primarily from US and UK based news sources. Saturday, 2 July 2022, 19:48:37
Elon Musk has ended his self-imposed Twitter silence after nine days to share a photo from a meeting with Pope Francis. Musk said that he was “honoured” to meet with Pope Francis in a post to his 100.3 million Twitter followers. The entrepreneur had not posted on Twitter, the social media platform Musk is currently trying to buy , since June 21, until a series of tweets on Friday night. Musk revealed on his Twitter account that he was visiting Venice, Italy, shortly before sharing the image of himself with Pope Francis. The world’s richest man and four of his seven children are seen posing alongside Pope Francis in the photo. Honored to meet @Pontifex yesterday pic.twitter.com/sLZY8mAQtd — Elon Musk (@elonmusk) July 2, 2022 However, Musk’s daughter, who is transgender, was absent from the photo. Vivian Jenna Wilson, born Xavier Alexander Musk, legally changed her name on June 23. Wilson revealed that she no longer wanted to “live with or wish to be related to my biological father, the man he mother Justine Wilson divorced in 2008, in any way, shape or form.” Musk is a public supporter of the Republican party which is openly working to limit transgender rights in the US.
— Euro Weekly Newspaper Saturday, 2 July 2022, 18:36:31
Musk’s $44 billion attempts to acquire Twitter remain in limbo. The Vatican did not publicize the audience, nor did it release any details of what the pair discussed. The Twitter board recommended on June 21 that shareholders approve Musk’s proposed acquisition. Elon Musk, CEO of Tesla, used Twitter to announce that he had visited Pope […] The post Elon Musk meets Pope Francis and uses Twitter to tell people about it appeared first on BOL News .
— BOL News Rating: 9.57/10
Minimum deposit: €250 by bank
Description: Capital.com offer a large number of stocks for trading. Register an account today and check if they have TWTR available or trade one of the many other CFD stocks they have.
Risk warning: 67.7% of retail investor accounts lose money when trading CFDs with Capital.
Trade Twitter at Capital ›››› Read our review of Capital›› Go to the Capital homepage

AvaTrade
Trade Twitter Inc at AvaTrade We have confirmed that the instrument #TWITTER is available from NYSE with this broker. With a spread of 0.13% and 5:1 retail leverage.
›› TRADE twtr NOW
›› AVATRADE review

Skilling
Trade Twitter CFD at Skilling ››We have confirmed that the instrument TWTR.US is available with this broker.
›› TRADE twtr NOW
›› SKILLING review

Capital
Trade Twitter at Capital ››We have confirmed that the instrument TWTR is available with this broker.
›› TRADE twtr NOW
›› CAPITAL review
Trade other stocks

Twitters adds a new feature that allows users to schedule tw
Wednesday, 3 June 2020 22:06
Twitter announced the addition of a new feature to its platform recently. The new feature will allow clients the ability to schedule tweets. The function also allows users to save drafts of their tweets in the web application. Twitter (TWTR) shares rose 8.1% in Wednesday's trading session, but are still about $12 off all time high. Currently, 23% of TWTR are owned by short sellers. By modern short selling, you can join that group too. The scheduling function is something that users on iOS and Android applications can do already. According to Twitter, the drafts will not be saved across platforms. This means that tweets which you save via its website will only be available on the website and not on your smartphone or any other device. To schedule a tweet, you have to start by visiting the twitter site on your laptop or desktop computer...
Read the full newsflash
TWTR 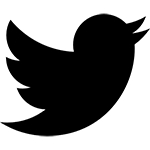 Trump Threatens The Freedom of The Bird
Wednesday, 27 May 2020 15:31
Twitter shares might be in trouble if the president gets through his will. TWTR is already down 4.7% after worries from investors and speculators, that it will be a harsh summer. The freedom for the famous little bird could be in jeopardy. Alternatively, if doing modern short selling it could be a good thing. Truth is that Trump been caught in over 16 000+ lies during his 3 first year as president. When Twitter put the warning text below some of his tweets, Trump felt humiliated. He is now threatening to either shut down some selected social media platforms, or at least try to increase the regulation of what and how they may write, writes TechCrunch. The fact check tags appearing below some of Trump's tweets implies that you should do a fact check of what is being said. This is all in agreement with Twitter's previously rolled-out rules on fact checking a few months ago.

Twitter has now shown that everything we have been saying about them (and their other compatriots) is correct. Big action to follow!

Do you have any questions about Twitter, Inc.?
Do just like hundreds before you have.
Do not hesitate to get in touch with us via our livechat. We try to reply to your questions as soon as possible. But if we unable to help you, we are happy to send you an email with more details afterwards.