Registered at the short selling broker AvaTrade, 2 minutes ago.

How Does Traditional Short Selling Work? 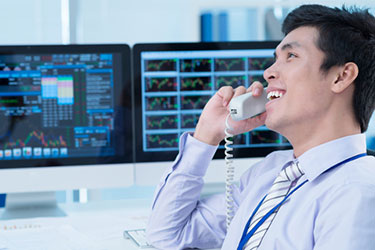 In ancient times, buying long was the primary means of stock investment and trading. This involved traders or investors buying a stock at a low price with anticipation to sell it at a higher rate and receive dividend payouts at the end of the day. This meant losing money, should the stock prices drop against the trader’s purchase rate. Fortunately, today, investors can make money during a drop in market prices through what is popularly known as short selling or shorting. But what exactly is traditional short selling, and how does it work? This guide highlights everything that traders, investors, and speculators should know about traditional short selling and how it compares to modern shorting with CFDs. 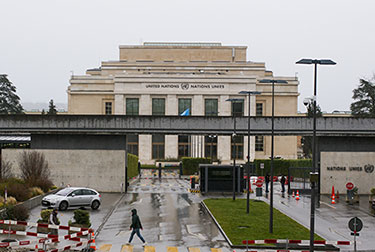 The old fashioned type of short selling is an investment strategy used by mature investors to leverage the stock markets when the stock prices are falling. When shorting, an investor sells a borrowed stock or financial instrument in the hope that its price will fall in the future, where they can rebuy the stock to make a profit. Profit is earned when the investor rebuys the stock to return it to the lending broker or stakeholder. The difference in the selling price (when the market prices are high) and the buying price (when the market prices are low) is what constitutes the profit.

When a trader sells the borrowed stock with a plan to buy it in the future, it is said that the investor has entered a short position. Once they have purchased and repaid the lender, the investor is said to have closed the short position. Also, note that shorting a stock can result in significant losses if the price of the stock rises in the future against the perceived fall.

An Example of Traditional Shorting Shares

An investor perceives a stock trading at £100 per share to have the potential of selling at a lower rate at the company’s announcement of its yearly revenue and earnings at the end of the month. The trader then borrows a 100 of these shares from a broker for shorting. This means that the trader will short 100 shares of the stock that were not his or hers.

After a month, the company announces its yearly revenue and earnings, with the price of the stock in question falling to £90 per share. The trader then closes their short position by buying 100 shares of the stock at £90 each to repay the broker. As a result, the trader generates a profit of £10 in every share, generating a total profit share of £1,000. This is not inclusive of interest and commissions.

However, the risk comes in if the shares sell at a higher price, say £110 each. This means that the investor would trade at a loss of £10, resulting in a total loss share of £1,000. The loss is also exclusive of interest and commissions. This is because the trader would have to close their position at a higher price (extra £10 per share) compared to the rate in which the investor sold the shares.

How Does Short Selling Work?

Essentially, companies can run under millions of shares and stocks owned by multiple stakeholders, including individual investors, investment banks, mutual funds, company employees, and other institutions. These shareholders operate in the prospect of having the price of their shares rise to receive a fair share of their dividends. It is on this premise that investment brokers lend stocks or shares to the shorting investor. The broker uses another client’s margin account, their shares inventory, or another broker to lend shares to investors. In exchange for the shares or stock, the shorting investor is obliged to pay an interest or dividends in addition to repaying the borrowed stock.

In the UK, the business of short selling is regulated by the Financial Conduct Authority (FCA). FCA is mandated to limit transactions or suspend short selling when the market prices of various investment securities drop below an outlined percentage amount from the closing price of the previous day.

The Evolution of the Traditional Short Selling Market

• Naked Short Selling
The concept of naked short selling implied trading shares that the investor is not in possession of. Investors would promise to sell shares that they do not have, and stock that they have not confirmed to have the capacity to obtain them. This led to plenty of liquidity problems in the market, resulting in the banning of the concept.

• Alternative Uptick Rule
This concept was introduced to secure the market from extreme selling pressure and instability. The rule involved a replacement of some of the provisions outlined in the revocation of the initial uptick rule. The alternative uptick rule states that the rule is effective towards any stock that has lost over 10% of its value in one day.

How Much Does Traditional Short Selling Cost?

There are several costs and cost technicalities that are involved when engaging in traditional shorting. Some of these costs include administrative fees, interests or dividends for shares, and brokerage commissions.

Generally, the cost of borrowing shares or stock for shorting is typically negligible. For example, borrowing a stock from a lending firm would typically cost an investor interest of 1% per annum. However, the cost of borrowing shares or stock may be significantly high when there are plenty of traders shorting in seasons of low supply of stock. For instance, there have been recorded cases of the borrowing cost running over the 50% mark on the borrowed stock. This means that the shorting traders would have to pay their lenders an amount exceeding the value of the capital.

One of the key reasons why investors choose CFDs for shorting is their capacity to short stocks. Shorting with CFDs means that you can trade the price difference of your asset from the opening to the closing of your position. For example, if you short-sell 100 shares of company A, trading at £150 each, then you can close the position immediately the share prices drop to £145.

Advantages of Short Selling with CFDs

Here are benefits that come with shorting with CFDs.

1. Flexibility
When shorting stocks, traders are faced with multiple troublesome issues, such as dealing with the imposed restrictions that make it inconveniencing to short assets in the market. Trading with CFDs, however, allows traders to circumvent all these issues. You can also short sell over 5,000 contracts under one account.

2. Cost-Effectiveness
CFDs do not come with hidden taxes and commissions. This means that shorting with CFDs reduces the cost of borrowing.

3. High Chances of Making Profits
Trading with CFDs is based on the agreement that investors can exchange the price difference from the opening to the closing of a short position.

Disadvantages of Short Selling with CFDs

Shorting with CFDs is also linked to several disadvantages, including the following;

• Leverage
CFDs come with a great leveraging capacity for investors. This allows investors to earn significant returns when prices move in their favour. However, a movement of prices in an unfavourable direction can cause significant losses as well. This is because such an unfavourable movement in prices can drill into your trading capital if the balance of leverage is not achieved.

• Higher Risks
When investors hold their CFDs open for a long duration, the related costs of shorting these CFDs may grow significantly, exceeding the value of the underlying asset. Such costs include the overnight financing costs that you incur for keeping your position open.

• Weak Regulations of the Industry
Unlike other assets, CFDs are not highly regulated. This means that the credibility of a CFD broker is only based on their financial position, longevity, and reputation, and not a legal standing.