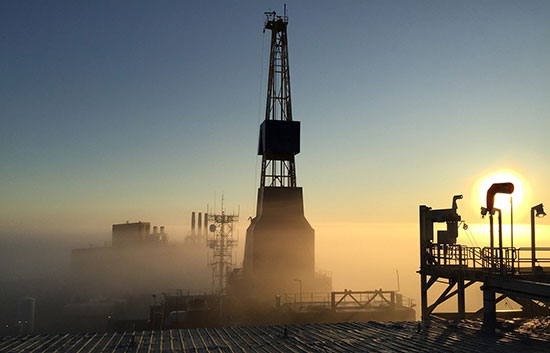 The Covid-19 pandemic has been presenting lots of challenges to various parts of the oil & gas industry. According to the New York Times, brent oil and gas has taken the brunt of the tumbling prices as the US takes a hit from increasing supply and low demand due to restrictions placed due to the pandemic. Luckily, oil prices starts to rebound and there seems to be many energy companies with both huge challenges and large opportunities going forward.

The Saudi Arabia – Russia oil price war partly caused a devastating tumble in prices, which thankfully is solved now. Despite low consumption, each had been increasing its oil production, sending oil prices to low levels that have not been seen in this generation. However, the oil and gas sector is well known for high volatility. Egyptian billionaire Naguib Sawiris sees opportunities and predict an oil price of over $100 within 18 months time. “With every crisis there is opportunity”, he told CNBC.

The Effect of the Pandemic on Oil Production and Prices

According to Bloomberg, after the Trump administration assured Russia and Saudi Arabia that the US would cut back production in its Shale oil hub, companies have been throttling output at an amazing pace. Drillers have been laid down and wells shut in a frantic effort to respond to negative prices. The speed increased when the West Texas Intermediate crude oil settled below zero for the first time. JP Morgan analysts expect a cut of at least a million barrel a day by mid-June if the situation prevails.

The cut in oil seems to be working as prices witnesses a sharp increase towards the end of the May closing in at $34 a barrel (May 26, 2020), according to Crude Storage Report. This is remarkable considering that prices were about $10 a barrel at the start of April. Unfortunately, America's Shale oil companies cannot step up the production for the fear that they would flood the market and lead to another tumbling of the prices. Besides, most companies have to keep drilling new wells to step up their production. Many of them have lowered their spending, and new oil and gas drilling is not happening. This means that they will not have as much oil in the short term. However, prices are expected to remain above $35 a barrel in the foreseeable future, thereby slowing the market's catastrophic slump.

What is the Outlook of the Brent Crude from Here?

Energy analysts are predicting that the industry could emerge stronger after the Covid 19 pandemic has been put under control. There have been price collapses in the past. For example, after the 2014-2017 price collapse, US Crude production jumped to over 1.3 million barrels a day (12 percent jump) despite experiencing a 12% price drop at the end of the price collapse period. Even in this period, crude production could stabilise at around 13.1 million barrels a day by mid-June.

For sure, the oil output will struggle through 2020 occasioned by the shrinking market size. However, the slowdown in growth is good for the industry. Otherwise, many companies could face imminent bankruptcy. However, from 2021 through to 2025, the industry could surpass the pre-pandemic levels. According to CNBC, gasoline will be one of the biggest drivers in the industry as many people will be driving again and not the distillate used in big trucks. There are no expected significant alternative energy technologies in the period that are likely to shake the oil industry in the expanding US economy. Therefore, for investors looking at the US market in the short term, this is the best point to join in before the market rebounds.

According to Bloomberg, the oil demand will hit a plateau by the year 2030. After 2026, it is expected that there will be slowed growth in the industry as alternative sources and green energy takes root, and the use of oil-based passage cars will have passed the peak. The slowed growth in fossil fuel use will be occasioned by the campaign to lower the carbon footprint by taking up renewable sources of energy. The US and Canada oil products would be the first to experience slowed growth, although it will still be profitable with prices having hit the equilibrium. Similar cuts to those experienced in the pandemic are expected in the US, Russia and Saudi Arabia when the market prices hit a plateau.

The European market, especially the UK and Germany, are expected to also experience a rebound in crude oil prices through to 2025. However, due to higher carbon emissions restrictions and stronger political will to support the development of alternative energy sources, the decline will be experienced to the year 2028-29 when prices will hit a plateau, chiefly from greater adoption of alternative energy sources.

China’s oil industry has also taken a hit during the pandemic period as it implemented sweeping measures to combat the pandemic. However, it has experienced a faster rebound in prices than the rest of the world as its factories and other sectors sprung back to life way before everyone else. The industry expects an 80% recovery in the third quarter in the year 2020 if the pandemic does not hit a second wave. Chinese hedge funds have been betting on rising oil prices since early April, thereby pushing Shanghai Yuan oil futures way past the international WTI Crude and Brent Crude benchmarks. Analysts expect strong growth in production and prices way past 2025 when the growth will be declining in other parts of the world. This is because China is less likely to experience widespread adaption of alternative energy over the period. Besides, strong economic growth is expected over the next decade. This will be seen in much of the Asian market.

What is the Effect of the Pandemic on the Biggest Suppliers?

Everyone seems to have taken a hit from the virus, including the biggest producers such as Chevron, ExxonMobil, EOG Resources, PDC Energy, and BP Plc. However, most of the companies' performance is reliable and bound to recover soon. Here are a few examples to illustrate this.

Away from oil drilling, polyethylene and polymer modifiers have had a steady market. They are used for the manufacture of consumer goods such as plastics whose demand has not gone down. It is now producing isopropyl alcohol and specialised polypropylene enough for 200 million gowns and 50 million 5-ounce bottles each month. This has increased its USA chemical industry margins buy a good 10% in the pandemic period.

BP (NYSE: BP)
The British Petroleum Company had difficulties before the start of the pandemic with a 67% drop in profit (from $2.4 billion in the first quarter of 2019 to $800 million in the first quarter of 2020). The plunge in prices dealt even a bigger blow to the company with BP CEO Bernard Looney, considering reducing US Shale wells to below five. Like Exxon Mobil, its share price has been going up steadily after the crash on March 18, when it was sold for $16.11.

According to the latest updates at Shortselling.com, the stock has stabilised at around 22.98 to 23.00 on May 26, 20120. This trend is expected to continue and the price to reach pre-epidemic levels $39.85 a share by the end of the third quarter of 2021. BP's Lightsource solar company is also likely to be a serious player in the alternative energy industry even as most European countries push towards this source of energy. The company recently won contracts for over 400 megawatts of solar power in the United States.

Oil Trends in the Recent Past

On average, the oil and gas market has seen a steady growth of between 5.9 to 6.8% between 2018 and 2020. This has resulted in a similar increase in oil production in the period. The same trend has been seen in the oil services sector and products such as polymers and rubber.

Companies have also diversified in their oil production and vertical integration. For example, BP Lightsource has become a serious player in the solar energy market. ExxonMobil chemical department has also expanded to offer oil products to consumer and industrial markets. There is also a long decline in new gas and oil discoveries, leading to diminished oil fields across the world. Analysts have predicted that the ocean will be the next gold mine as companies shore up their oilrigs numbers.

Enter the Pandemic: A temporary slowdown?

The pandemic has led to shrinking of the would oil market with the price wars leading to negative prices in the US shale market. However, the polymer industry continues to give the best margins due to the increased need for PPEs, masks and hand sanitizers. Besides, gas production has remained steady as stay-at-home orders have ensured continued consumption of the piped gas.

This slowdown is temporary, with analysts expecting a steady recovery in the future of oil and gas to about $75 a barrel for Brent oil in 2030. As countries reopen their economies, higher production is expected to resume and offset the slowdown in two years.

Online trading companies such as AvaTrade, Plus500, and new companies such as Skiing have opened up avenues for investors to bet on oil prices and rake in a profit. The growth in the number of companies entering the CFD market and the increase of online investors point to a brighter future in trading on stocks, short selling and commodities.

As said earlier, the price plateaued in the energy sector, especially the oil market, is a decade away. Therefore, the online trading industry still has lots of time to rake profits from the energy industry. Some oil products, such as the polymer market, are likely to be hit by the clamor for a cleaner environment. However, bitumen, rubber and alcohol-based products will still enjoy high demand from industrial customers.

Overall, the oil sector is not going down. Many industry analysts believe that this is the time to trade on oil on the online CFDs as conditions seem to be improving by the day. By the 3rd quarter of 2020, the industry will have given a clear picture of its future, which looks good already.