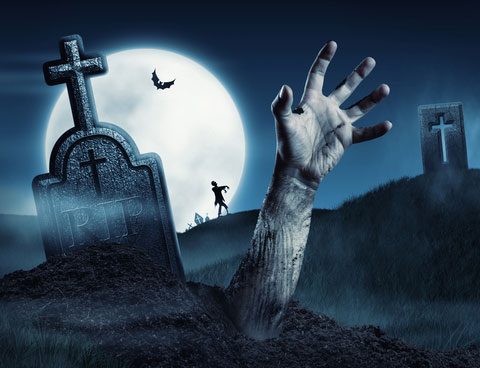 Economists estimate that 13% of the world’s businesses are zombie companies. While these companies do continue to provide people with jobs, they are also a drag on economic growth as they lack the dynamism that fuels innovation and growth. More worrying are the causes and consequences of zombie firms, as pointed out by Ryan Banerjee and Boris Hofmann at BIS. Here we go through what they are and discuss the potential of an apocalypse for some of the zombie companies out there.

What are Zombie companies?

Put simply, zombie companies are businesses that have taken on a lot of debt. So much debt, in fact, that any profits generated are used to pay off interest on those debts rather than the debts themselves. This puts these companies in a strange position with no surplus cash to grow the company, but equally able to continue operationally on a day-to-day basis. Hence the name zombie company: companies which are neither dead nor alive. More precisely, economists define a zombie company as one that has been trading for ten years yet unable to service its debts with its profits.

The statistics with around 13% of the companies being overwhelmed with debt bear out this phenomenon, too. Much fewer firms have become insolvent since the previous recession, which has had the fortunate consequence of keeping unemployment low. But throughout this same period, productivity has remained stubbornly low. What are the conditions, then, that allow these zombie companies to survive? 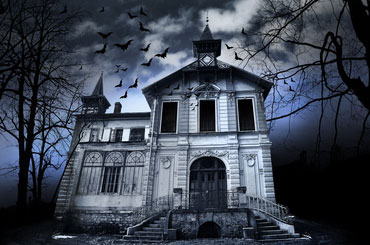 How does zombie company function?

Interest rates are the main factor propping up any zombie company. Interest rates are lower now and have been so for longer than any other time in living memory. This means that companies in debt frequently find that this debt is serviceable. Furthermore, increases in interests have not be on the horizon for some time, which has even encouraged some businesses to take on more debt, safe in the knowledge they won’t be squeezed by a sudden rise in interest rates.

If zombie companies are to shed their living dead status, there is one simple thing they need to do: pay off their debts quickly. If this is not possible, they should look to reduce their repayments or request that as much as possible is set aside. Any method that frees up cash for investment has the potential to breathe life back into a business. Stranger still, some zombie companies are some of the world’s most innovative and forward-thinking (innovation and forward-though funded by debt, of course). Here are five. Some inclusions might surprise.

Despite consumer perceptions – which are increasingly influenced by company founder Elon Musk’s personality – Tesla is a zombie company. Clearly Tesla is innovative, but this innovation is underwritten largely by their ability to service the cheap debt they have access to via the faith of their investors. According to reports, Tesla has the highest negative P/E among all zombie companies evaluated. They currently has $12 billion of debt on its balance sheet. Tesla’s business is at traditional car sales business, with some advanced electric engines. But zombies can’t go on forever, and eventually investors want to see a better return and some dividend payments, not only huge payments to their CEO for fulfilling his job. Tesla needs to keep the faith of its investors if they are to continue the innovations they believe will lead to profits. It seems like even Elon Musk now think the shares are overvalued?

Another surprising zombie company is the world’s most popular streaming service, Netflix. Worldwide Netflix has 182 million subscribers and latest quarterly revenue figures of nearly $6 billion dollars. The company has killed off rival formats to almost single-handedly make streaming movies an everyday part of people’s lives. It has a vast library of content and the company is an award-winning producer of programmes in its own right. But for all this success, Netflix reports debts of around $12 billion – twice its quarterly revenue. Some analysts are concerned about where Netflix can take its model. Unlike Tesla, whose innovations explore untapped markets, only so many people can subscribe to Netflix. The rate of new subscribers will eventually flatten, and its debts might start to look very different when a lot of new competitors grab customers from Netflix.

It’s a mark of its impact on the market that a generation of people no longer take a taxi or cab, but an Uber. If you live in one of the world’s big cities, you will have most likely taken one yourself. The company has had a significant impact on the way people get around. But it too is a zombie. Many analysts are even worried about Uber ever making a profit. Much like Tesla and Netflix, Uber’s exciting and innovative disruption to a traditional market is what underpins investor’s confidence in the company. As soon as investors lose the faith that something profitable will appear out of all this disruption and innovation, though, Uber could be in trouble. Unlike Google, whose profits from search are the lifeblood all its other innovations, for Uber, Netflix and Tesla, investors function more like life support.

While plenty of new companies make much of their relevance, some traditional companies are struggling to find a place in the new landscape. General Electric, a hundred year-old giant and one of the largest conglomerates in the Fortune 500, has missed several key moves in the market. Unlike Tesla, Netflix and Uber, who are racking up debts but with a clear company direction, General Electric, is much a more complex, arguably unwieldy, corporation. It is increasingly leveraged without arguably either a clear sense of its place in the market, or the agility to take full advantage of any opportunities that do come its way.

Another company that finds itself in a similar position is Softbank. The Japanese conglomerate has found itself seriously underperforming over the last year, only rallying in the final quarter to post the slenderest of profits, which barely papers over the cracks of a what has been a torrid time for business. Things have not got much better at the beginning of 2020 either, with the company significantly increasing their debt to asset ratio. All the signs are that Softbank has become even more of a zombie company of over the last year. Given the crisis we are now in, such a move could not have come at a worse time.

There are many companies with scary levels of debt, without being zombie firms. Here are two of the most obvious.

While plenty of new companies make much of their relevance, some traditional companies are struggling to find a place in the new landscape. IBM, once a giant in the computer industry, has missed several key moves in the market. The latest is in cloud computing, where it has been outflanked by Google and Microsoft, leaving it suffering four consecutive quarterly drops in revenue in 2019. Unlike Tesla, Netflix and Uber, who are racking up debts but with a clear company direction, IBM, it seems, is increasingly leveraged without a clear sense of its place in the market, and some way behind its powerful and profitable competitors.

The final entry in our list has the distinction of being the world’s most indebted company. American communications giant AT&T, after the purchase of Time Warner in 2018, was left with debts in the region of $180 billion. It’s annual revenue barely covers this debt, leaving the company with nowhere to go: it’s an audacious move that in the long run could either lead to huge profits or be crippling case of zombification. Only time will tell.

Will there be a Zombie company apocalypse?

Might the time for zombie companies stumbling from quarter to quarter be over? In short, yes. The rise of the zombie company has been bookended by crises: the financial crisis in 2008, and Covid-19 in 2020. The existence of these companies has done much to lengthen the long tail of recovery we experienced from the 2008 crisis, putting the global economy in a far from ideal position to face an even greater, once in a century, economic catastrophe. Interest rates will likely rise, possibly significantly and sharply, squeezing what little life zombie companies had left in them in the first place. Investors might keep faith with newer businesses, with their innovations offering a potential profitable future. But older businesses, outmanoeuvred in the market but propped up for years by investor’s loyalty, might just see these props kicked from underneath them.